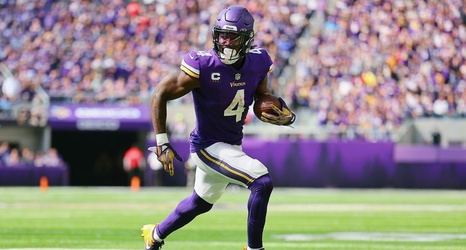 MINNEAPOLIS -- The Minnesota Vikings lost tailback Dalvin Cook to a shoulder injury in the third quarter of Sunday's game against the Detroit Lions.

Cook suffered the injury with 48 seconds remaining in the second quarter after gaining two yards on a running play. He then fumbled and could be seen clutching his upper chest area while on the ground.

Vikings medical officials examined him in the blue medical tent and while he remained on the sideline after emerging, the Vikings quickly ruled him out of the game.

Cook had been enjoying his best game of the season, having rushed for 96 yards and a touchdown on 17 carries.