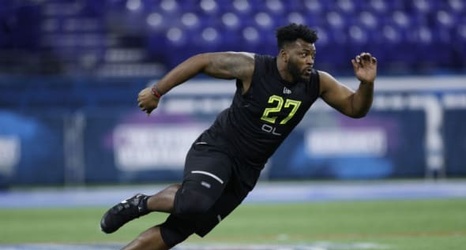 Josh Jones stands out athletically in a class that is loaded with athletic and powerful offensive linemen. The University of Houston is not a powerhouse football program, but it has produced some NFL talent in recent drafts.

Former Minnesota Vikings quarterback Case Keenum is one of a handful of former Cougars to play in the NFL. Jones hopes to be the second Cougar in as many years to be a first-round draft pick, following Ed Oliver in 2019.

As this year’s NFL Draft nears, Jones is getting more and more attention as a developmental tackle.