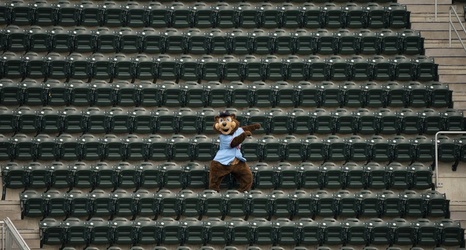 Gray wolves run in packs, kill deer and, if a moose can be found, they will kill that, too. It's their nature.

Football coaches lie about injuries when they can get away with it. In the NFL, training camp is an officially sanctioned lying period for injuries, so coaches do so with vigor. It's their nature.

Mike Zimmer, about to become the third-longest tenured head coach in the Vikings' 60 seasons, had himself a party for a month in lying about Danielle Hunter's absence from the practice field.

Now that the Vikings' best player is on the injured list for three weeks (minimum), Zimmer's previous reports on Hunter's condition stand as the most famous "tweak" in recent Minnesota sports, surpassing Wild owner Craig Leipold's roster comments on the day he hired Paul Fenton as general manager.