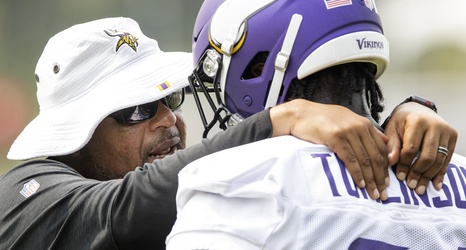 The conversation, between the two men in the middle of the Vikings' defensive line and a reporter, shifts from their similar southern upbringings and mutual friends to the ways they are different. Michael Pierce points toward the Minnesota Røkkr headquarters just south of the Vikings' practice fields in Eagan, and starts in on a story about the free gear the e-sports team has been sending Dalvin Tomlinson.

"He's streaming video gaming, and I'm learning [from him] how to build computers; I don't intend on doing any of that," Pierce says. "But I'm learning, man. Apparently he's very accomplished; the whole campus over there is sending him all this stuff.