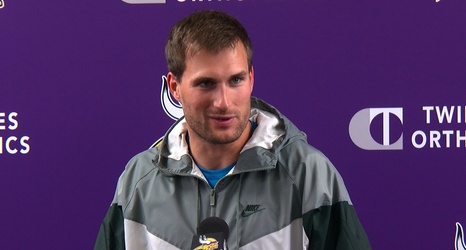 EAGAN, Minn. (AP) — After signing Kirk Cousins to a fully guaranteed contract last year, the Minnesota Vikings might have given their quarterback even more to work with this time.

This season will surely be a crossroad of sorts for both Cousins and the Vikings, their trajectory toward — or away from — that elusive Super Bowl victory inescapably intertwined.

“I’m pretty much a .500 quarterback in my career so far, and I don’t think that’s where you want to be,” Cousins said this summer, his most pronounced acknowledgement that his debut in purple did not quite pan out as he or the team hoped with an 8-7-1 record that missed the cut for the playoffs.