How much time is Adam Thielen expected to miss? 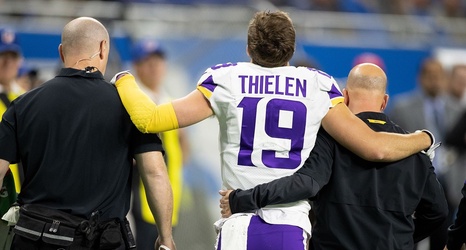 After the Detroit Lions were able to go up 7-0 early on Sunday, the Minnesota Vikings responded on the very next drive with a touchdown of their own thanks to Kirk Cousins and Adam Thielen.

Thielen made a great effort to haul in Cousins’ pass in the back of the end zone and put some points on the board for the Vikings. Typically, the Minnesota receiver likes to celebrate after scoring a touchdown, but Thielen remained on the ground after making this catch.

He eventually had to be helped off the field by the Vikings training staff and it was later revealed that he sustained a hamstring injury on the play that resulted in a touchdown.