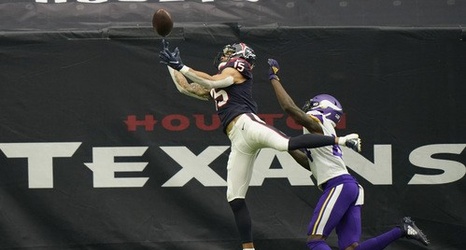 It’s raining steadily at CenturyLink Field 90 minutes before kickoff between the Vikings and Seahawks, and there’s rain in the forecast for at least part of the night in Seattle, where the Vikings’ path to a second consecutive win will require slowing down one of the league’s most prolific passing attacks.

The Vikings will again have to do so without a fully-staffed secondary.

Both Holton Hill and Kris Boyd, who had been listed as questionable for the game with foot and hamstring injuries, will be inactive on Sunday night against Russell Wilson and the Seahawks. That means the Vikings will again lean heavily on rookies Jeff Gladney and Cameron Dantzler, along with Mike Hughes (who returns from a neck injury), as they try to handle the Seahawks’ offense.