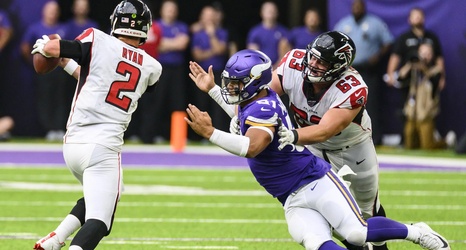 For the past couple of seasons, Minnesota Vikings fans have been intrigued by the potential of Hercules Mata’afa. Though he had a strong college career at Washington State, one of the knocks on him has been his lack of size, as he’s been working as a defensive tackle for most of his time in Minnesota.

Lack of size does not appear to be an issue for Mata’afa anymore.

On Sunday, Mata’afa posted a picture of himself weighing in at 289 pounds. As a point of reference, the Vikings’ team website has him listed at 254.