Have the Minnesota Vikings finally found their No. 3 receiver? 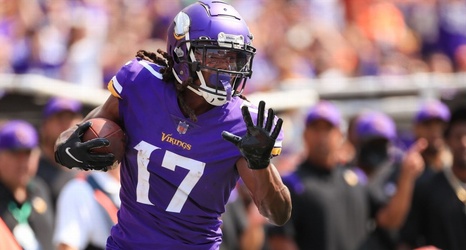 MINNEAPOLIS – In late August, when the Minnesota Vikings found out they would have to proceed without Irv Smith Jr., who is expected to miss the 2021 season after undergoing knee surgery, coach Mike Zimmer talked through the ways the offense would work around the promising tight end’s absence.

“Probably go with three wides,” Zimmer said. “Some of those things we’ll have to adapt and change.”

There was some concern about Minnesota’s ability to do that, given recent history. The Vikings utilized 11 personnel (3 WR, 1 RB, 1 TE) on 27 percent of their plays in 2020, which was the lowest mark of any NFL team.