Four WRs? A new punter? How the Vikings constructed their 53-man roster 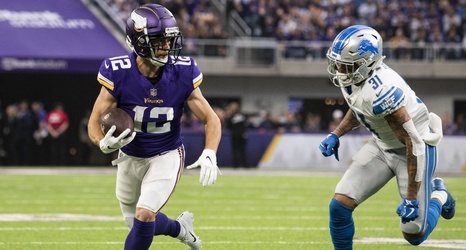 MINNEAPOLIS -- A day after trimming the roster to 53 players, the Minnesota Vikings did not claim anyone off the waiver wire and saw two of their Saturday cuts they had hoped to sneak onto the practice squad -- kicker/punter Kaare Vedvik and wide receiver Brandon Zylstra -- picked up by other teams.

The Vikings once again made changes to their specialists’ unit by signing former Browns punter Britton Colquitt and releasing Matt Wile. Just more than three weeks after sending a fifth-round pick to the Baltimore Ravens in exchange for Vedvik, neither of the punters the Vikings had in training camp are on the roster.