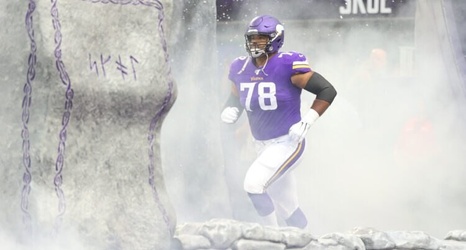 The Minnesota Vikings marshaled their most promising offensive line-centric draft in years back in April.

General Manager Rick Spielman traded his 14th and 143rd overall pick to the New York Jets for the 23rd pick and two additional 3rd-Rounders. The Jets selected guard Alijah Vera Tucker — who many draft heads thought would become a Viking — traded the 143rd pick while Minnesota snatched left tackle Christian Darrisaw with the 23rd pick plus quarterback Kellen Mond and guard Wyatt Davis to round out the trade.

Many onlookers to the draft were not immediately pleased that Spielman was “up to his old tricks” in trading back.