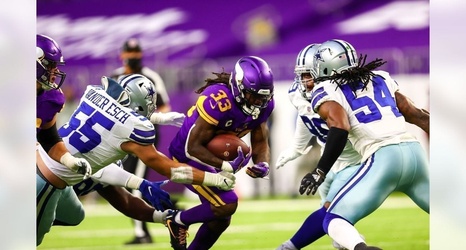 32 players from the Minnesota Vikings have been anointedFirst-Team All-Pro in the franchise’s 60-season history. The most popular names include Randy Moss, Adrian Peterson, Randall McDaniel, Cris Carter, Alan Page, John Randle, Fran Tarkenton, and several others. The less-remembered personnel are men like Gary Anderson, Audray McMillian, and Blair Walsh.

No Vikings players received the honors in 2020 as the team finished the year with a dispiriting 7-9 record and a basketful of injuries to nurse back to health for 2021. The only realistic chance any Minnesota player had at First-Team All-Pro recognition was Dalvin Cook, but his candidacy was doused by two missed games and a herculean 16-game season by Derrick Henry in Tennessee.