Cousins: 'The urgency's there' to solve Vikings' offensive problems 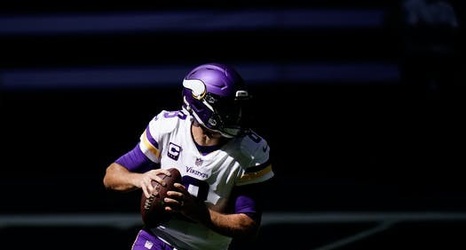 Though Kirk Cousins demurred on a number of questions after the Vikings' 28-11 loss to the Colts on Sunday, saying he needed to analyze the film of the game to have a better idea of what happened, he knew a detailed re-watching could only lend so much nuance to what ranked as the worst game of his NFL career by many metrics.

Cousins posted a 15.9 passer rating on Sunday — the lowest of his career as a starter by 16 points. His 42.3 completion percentage was the second-worst of his career, and he threw three interceptions for just the fourth time in the NFL.