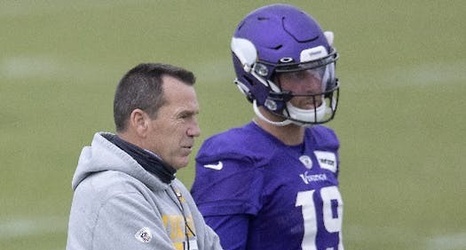 Gary Kubiak, the 59-year-old Super Bowl-winning head coach and offensive sage Mike Zimmer called the "best thing" that's happened to him in Minnesota, started laughing long before a reporter finished painting for him a hypothetical portrait of his future five months from now.

What if, Gary, a certain purple-clad team playing in its 60th season were to win its first Super Bowl in this, the most bizarre of 101 NFL seasons? And what if the Vikings offense outperformed last year's eighth-ranked scoring attack, and Kirk Cousins went to another level a year after posting a career-high 107.4 passer rating, good for fourth in the league?