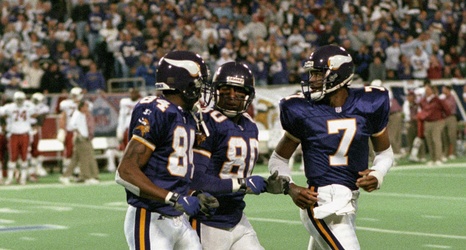 Throughout the course of their history, the Minnesota Vikings have had a lot of very, very good teams. Football Outsiders pointed out that approximately two-thirds of the Vikings’ season have been part of an “era of disappointment,” but they have provided us fans with a lot of good memories over that time.

But which Vikings’ team was the best in franchise history? CBS Sports has made their choice, and it’s likely going to touch off a bit of a debate between older and younger fans.

In an article penned by Bryan DeArdo, CBS Sports names the 1998 Vikings as the best team in franchise history.