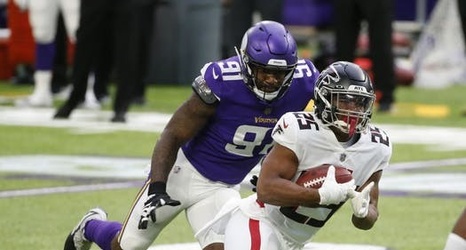 On Thursday, Rick Spielman was scheduled to talk to Minnesota reporters for the first time about trading for Yannick Ngakoue on Aug. 30.

A half-hour before Thursday's session started, the Vikings general manager traded him to the Baltimore Ravens.

Minutes after Spielman finished his half-hour news conference, word leaked that defensive end Danielle Hunter had opted to have season-ending surgery on the herniated disc in his neck that had kept him out since Aug. 14.

In between those events, the general manager spent his bye-week media availability attempting to simultaneously defend two theses: that a Vikings team which talked boldly of contending in 2020 hadn't given up on the year despite a 1-5 start, and that the team's young defenders need more time to develop.