A playoff win may have doomed the Vikings' future 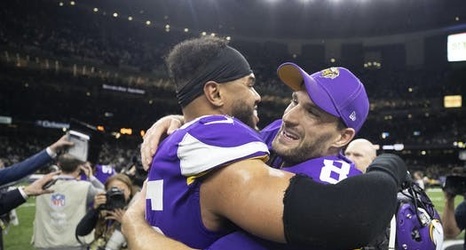 Kirk Cousins, on Sunday, threw three interceptions in a half against a team that had managed two interceptions in its first five games, giving him the league lead in interceptions, then admitted that if he continues to play this way, he won’t finish the season as the starting quarterback.

General manager Rick Spielman is responsible for the personnel that has failed to produce on the offensive line, and has a defense ranked 28th in yards allowed and 31st in points allowed.