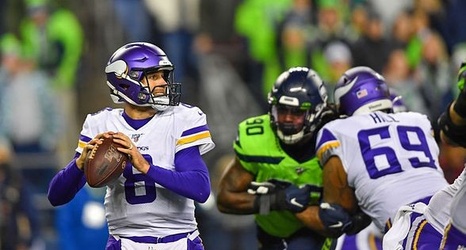 Two quarters into their Monday night showdown against the Seattle Seahawks, the Minnesota Vikings had everything heading towards them earning their ninth win of the season.

But then the Vikings came out for the second half and looked like a completely different team. After leading 17-10 at the half on Monday, Minnesota was outscored by the Seahawks 27-13 in the final two quarters and it ultimately led to a disappointing loss for the Vikings.

Following a touchdown early in the fourth quarter that put Seattle up by 17 points, Minnesota already seemed down for the count.