6 spooky similarities between the Vikings and Titans 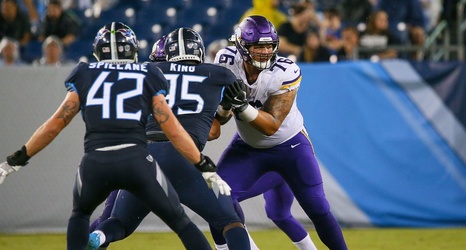 First, one must erase the beginning of the 2020 season for the Minnesota Vikings and Tennesse Titans for the similarities to jump off the page.

The Vikings have started the 2020 season with two poor performances. In Week 1, Minnesota was abused at U.S. Bank Stadium by the cross-state rival Green Bay Packers. The Vikings defense was uncharacteristically porous while the offense did a couple of encouraging things in the second half. After that, they traveled to Indiana for another beatdown — this time by the Indianapolis Colts. The Titans’ main rival stuck it to the Vikings in all aspects of the game, and the Vikings left Indiana hapless and winless.