Ronaldo breaks more records in Portugal's win over Hungary, but will the goals continue to come against sterner opposition? 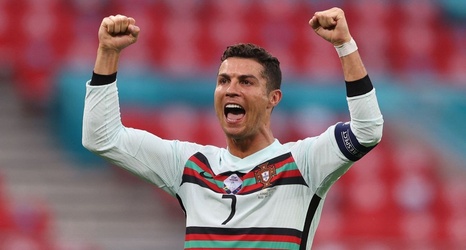 Another day and another record for Cristiano Ronaldo. Just when the sands of time appear as though they are running out on the Portugal forward, he scores two late goals in a 3-0 Euro 2020 win against Hungary to remind the world that he still retains the incredible ability to put the clock on hold and deliver when his team needs him the most.

The 36-year-old is now the all-time leading goal scorer in European Championship finals after his two goals in Budapest -- an 87th-minute penalty and a close-range strike two minutes into stoppage time -- took him to 11, two clear of former France captain Michel Platini, and he extended his remarkable run of scoring in 11 consecutive international tournaments, stretching back to his first, at Euro 2004.