Recap: MNUFC gets the win via a stoppage time goal 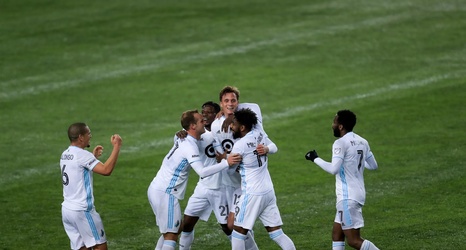 It was not the greatest of nights for Minnesota United last night against FC Cincinnati. Another overall mediocre performance from the Loons was only saved at the last minute. Aaron Schoenfeld managed to score on a loose ball to save the Loons from the purgatory of four draws in their last five matches.

Only two changes would be made from MNUFC’s match last Saturday against Houston. Ozzie Alonso and a returning Ján Greguš would take the DM spots from Jacori Hayes and an injured Hassani Dotson. Hayes would be on the bench as would Thomás Chacón and defender José Aja.