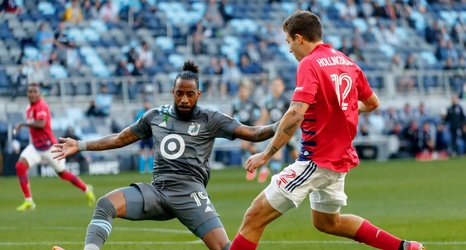 On Wednesday we saw a struggling Minnesota United FC side get a later winner off a goal from Ramón Ábila. Last night MNUFC came in off a short week against a much fresher team and proceeded to do the same once again. Robin Lod would score the matches only goal in the 90+4’ to give the Loons six points out of six on the week as they head into their first bye of the 2021 season.

Kicking off the match Heath would bring back his traditional and trusty 4-2-3-1 formation with Robin Lod starting up top.