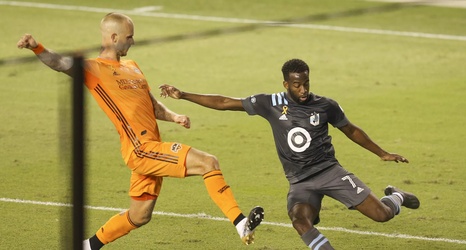 An 11th minute goal pushed things in the right direction then a late 1st half goal gave Minnesota United a 2-0 lead. However that was all for not as Houston Dynamo would score twice to even up the score. After Jan Gregus was given a red card MNUFC would have to hold out the last few minutes just to secure a single point in Texas.

The Loons would come in with another bunch of changes from last weekends loss against Sporting Kansas City. Aja, Hayes, Musa, Edwards, and Hairston would all go from starting to being listed as subs.