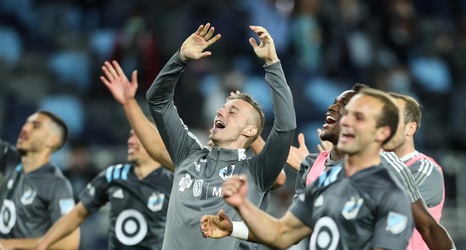 Goals, as we all know now, change games. So does officiating.

After a disappointing showing against D.C. United midweek, “we need a reaction” against FC Dallas, head coach Adrian Heath said in training on Friday. “Normally we do react after we put a bad performance in. But we need to be better than we were.” Minnesota United also needed to be more organized. Against DC United, playing in a new formation and without Emanuel Reynoso, the team looked confused in the loss as they also lost ground in the playoff race. With their prefered XI healthy and returning to the more familiar 4-2-3-1 formation, rarely used on the road, Saturday night’s game against a struggling FC Dallas set-up to be both a statement of intent, going after 3 points on the road, something that is very difficult to do in MLS, and a chance to gain some confidence heading into next weekend’s game against third place Colorado Rapids.