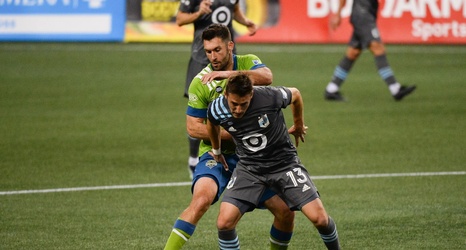 In different circumstances Sunday afternoon’s game against the Seattle Sounders would feel pivotal for Minnesota United’s season. The Sounders come to Allianz Field on an MLS record run of thirteen games unbeaten to start the season, and are, at the moment, the class of the league. Which is very surprising as they have been playing for much of the season at far less than full strength, missing goalkeeper Stefan Frei, defenders Shane O’Neill and Nouhou Tolo, and offensive pieces Will Bruin, Nicolás Lodeiro, and Jordan Morris for long stretches of time. (The Sounders are also now missing Alex and Cristian Roldan to CONCACAF Gold Cup responsibilities for El Salvador and the US, respectively.