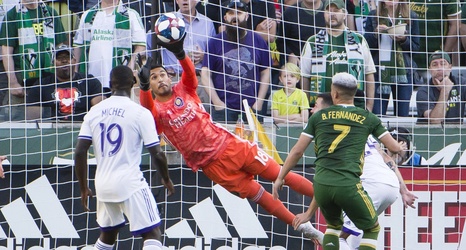 The End of Year Waivers draft took place today and Minnesota United has selected former Orlando City keeper Gregory Ranjitsingh in the draft. This selection does not guarantee that he will be signed to a contract but gives MNUFC his MLS rights and ability to negotiate a contract with him.

The Canadian born Ranjitsingh played four years of collegiate soccer at Mercer University in Macon, GA from 2011-14. In his four seasons with the Bears, Ranjitsingh started 81 games playing a total of 7,525 minutes and tallying 27 shutouts.

He would turn professional in 2015 signing with the USL (now USL Championship) side Louisville City FC ahead of their inaugural season.