Minnesota Twins: Kyle Gibson’s departure not a major blow for the Twins 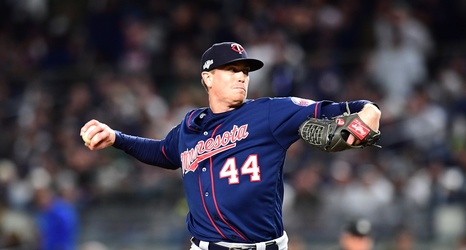 The Minnesota Twins carousel in their pitching rotation continued on Wednesday as veteran right-hander Kyle Gibson signed a free-agent deal with the Texas Rangers as first reported by MLB.com’s Jon Morosi and The Athletic’s Ken Rosenthal. According to ESPN’s Jeff Passan, the deal is valued at $30 million over three years and sees the Rangers go back to the well after cashing in on former Twins castoff Lance Lynn last season.

While the Rangers are turning back to the Twins’ scrap heap, Gibson’s departure might have some Twins fans feeling different ways.