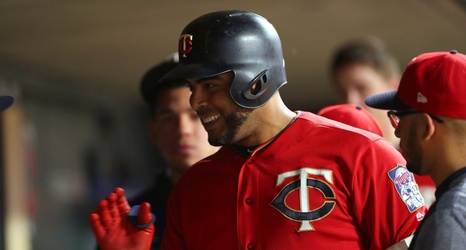 The transformation of the Minnesota Twins from American League Central doormat to the Bomba Squad kicked off last winter when they brought Nelson Cruz in on a modest one-year deal. After a season in which he hit .311 and smashed 41 HR with 108 RBI, the Twins decided to pick up an option for this season in which Cruz will turn 40 in July.

Despite his advanced age, however, the Twins are open to the idea of keeping Cruz around past the final year of his deal. Speaking at the team’s annual TwinsFest event, General Manager Thad Levine told fans during a Q&A session that the team has been in talks with Cruz’s agent to “discuss mutual interest in the future.