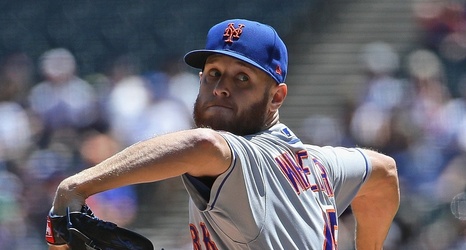 The Minnesota Twins are on a crusade to find “impact pitching” this winter and while they likely won’t be signing anyone in the near future, it appears they at least have a starting point. According to KSTP-TV’s Darren Wolfson, the Twins have been in touch this week with free agent Zack Wheeler‘s representatives at the general managers meetings in Scottsdale, Ariz..

Wheeler’s case is an interesting one in a free-agent class that has plenty of options for the Twins. While names like Gerrit Cole and Stephen Strasburg could be out of reach due to the price tag and lack of mutual interest, Wheeler might be considered the next best thing for the Twins, who are looking for a top of the rotation starter to pair with Jose Berrios.