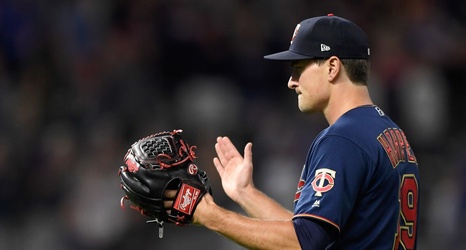 The Minnesota Twins made a move to acquire a pitcher on Wednesday, but it wasn’t the big splash that some fans are still hoping for. Instead, the Twins made the best of a bad situation as they traded Ryne Harper to the Washington Nationals for pitching prospect Hunter McMahon.

Harper was a mainstay in the Twins bullpen last season, making his long-awaited MLB debut and posting solid numbers going 4-2 with a 3.81 ERA. However, the 30-year-old became expendable with the Twins adding Tyler Clippard and rookie phenom Brusdar Graterol to the mix, and the Twins designated him for assignment last week to clear a roster spot for Josh Donaldson.