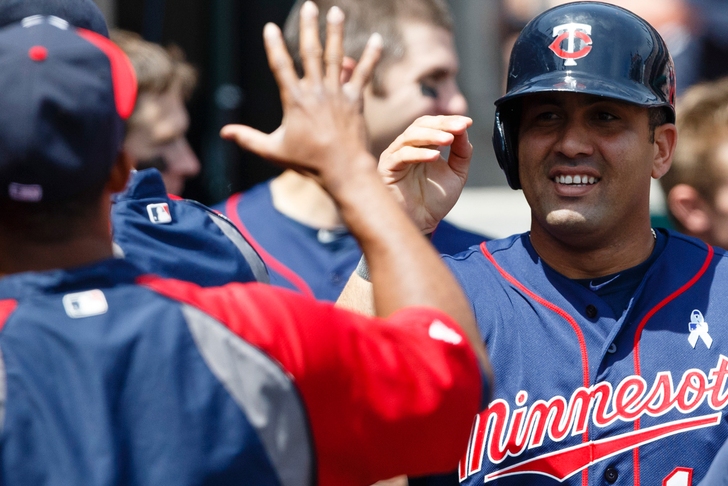 In this breaking Twins rumors and news update, the Minnesota Twins have traded Kendrys Morales to the Seattle Mariners for hard-throwing right-hander Stephen Pryor, per a team announcement.

After deciding not to re-sign with the Mariners as a restricted free agent this offseason, Morales was inked by the Twins shortly after the MLB Draft in June. He proceeded to hit just .234/.259/.325 with Minnesota in 39 games, but leaves the Twin Cities right after wrapping up a 12-game hitting streak.

The Mariners will pick up the remainder of Morales' prorated $12 million deal with the Twins (a deal that cost Minnesota $3.08 million in less than two months).

Stephen Pryor represents a project for the Twins going forward. Pryor has struggled mightily with his control at Triple-A Tacoma this year. However, part of that can be attributed to his rehab from surgery on his latissimus dorsi muscle. Pryor is currently posting a 4.65 ERA during his time on the farm.