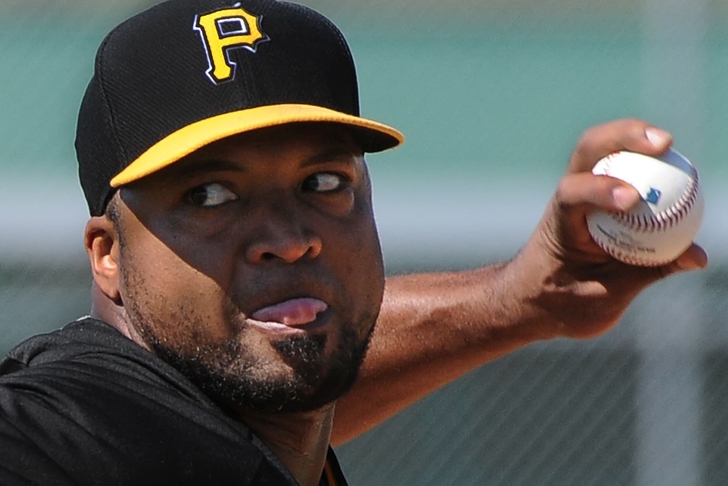 Before contacting Ervin Santana's agent, Jay Alou, and quickly Santana to a four-year, $55 million contract, the Minnesota Twins reportedly had interest in facilitating a reunion with former Twin Francisco Liriano.

According to Mike Berardino of the Pioneer Press, "the Twins actually had interest in a return engagement with Liriano before the veteran left-hander re-signed Monday with the Pittsburgh Pirates for $39 million over three years. The Twins quickly pivoted and were in talks with Alou within 24 hours, finalizing the agreement Thursday morning."

However, don't count the Twins as dejected. They're more than happy to now have a person like Santana inside of their organization.

"He's a really cool guy," Twins CEO Jim Pohlad said after the Twins introduced Santana on Saturday. "He's got a great smile. That's important. You have to be able to connect with fans. Not just standing on the mound, but we want players to connect with fans in other ways, too, because they're cool guys."