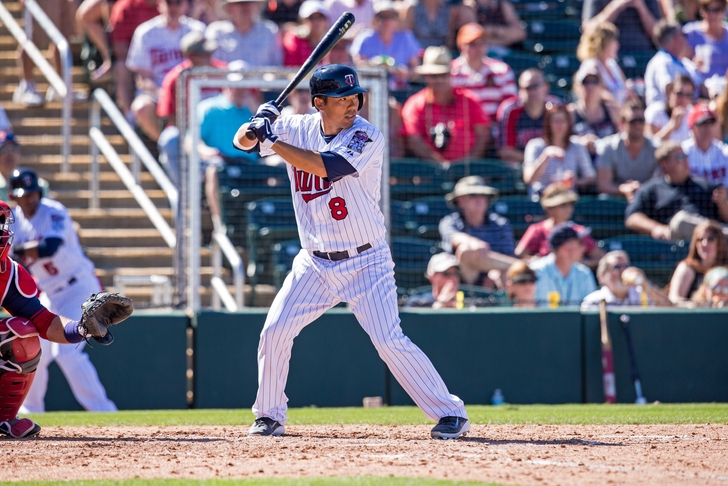 In today's Twins rumors  and news update, preliminary talks between starting catcher Kurt Suzuki's representation and the Minnesota Twins went nowhere fast according to sources close to the situation.

Per Mike Berardino of the Pioneer Press, "according to two people with direct knowledge, the Twins and Dan Lozano, Suzuki's agent, had exploratory talks about extending the catcher's expiring contract. Establishing fair contract parameters, however, appears to be a challenge as the July 31 non-waiver trade deadline approaches."

With a combined on-base/slugging percentage of .753, Suzuki could become a top commodity on the free agent market this winter. However, his stock could very well be at its highest coming off an All-Star Game appearance - perhaps giving the Twins a chance to pay Suzuki off right away if he is looking to pick up some long-term security.

The 30-year-old backstop is currently on a one-year, $2.75 million deal with the team. He could very well be in line for a significant pay raise if he continues his 2014 success through August and September.