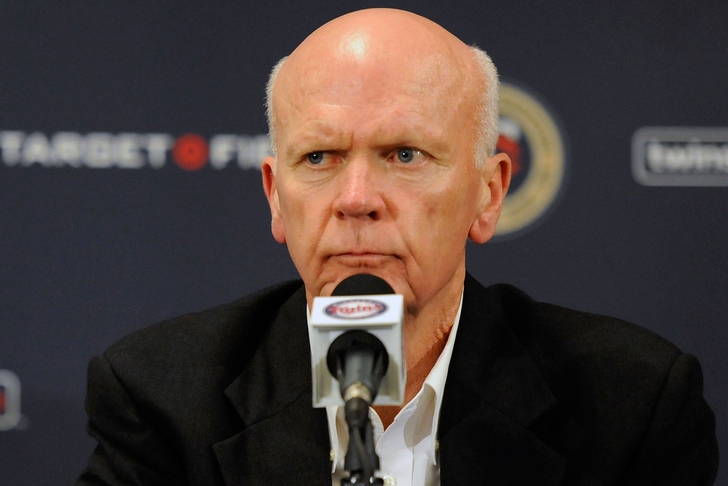 The Minnesota Twins have been more aggressive in the past 12 months than they've ever been in free agency, locking up Ricky Nolasco (four years, $49 million), Kendrys Morales (prorated $12 million), Torii Hunter (one year, $10 million) Ervin Santana (four years, $55 million), and Phil Hughes (three years, $24 million) over that time span.

Despite youth at key positions and some growing left to do, GM Terry Ryan has embarked on this spending spree with firm goals in mind. Does he truly think this team is that close to playoff contention?

"We've got some guys here that are just not quite ready. We need to ultimately get some direction here with a few veterans," Ryan said, "but I would hope between some of the young position players and some of the young pitchers that we do have coming that this would help the cause and show them the way to some extent. (Ervin Santana's) makeup is pretty solid. Torii Hunter's makeup is pretty solid. We've got a couple veterans here to help show the way on the mound, on the position side."

With some of the team's youth movement showing signs of progress last season and many more reinforcements to come, Ryan is excited about the future of Twins baseball.

"We're going to be better, and we're getting better," Ryan said. "And some of these guys like (Danny) Santana and Vargas and Arcia and so forth, you saw this year, but we have more coming."