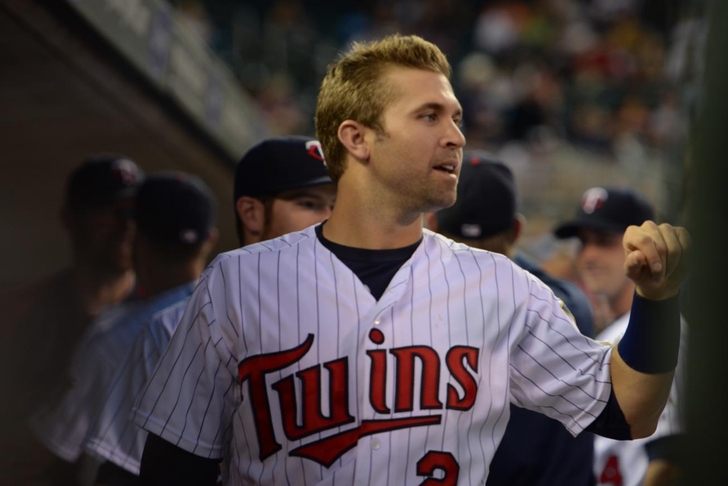 In Twins news tonight, Minnesota Twins budding star Brian Dozier has been on an absolute tear this season, slowly but surely starting to gain national recognition for his play.

Per Mike Berardino of the Pioneer Press, Dozier was named baseball's Most Underrated Player by Dave Cameron, founder of respected baseball site FanGraphs.com, in an article for FOXSports.com.

"Cameron cited a litany of impressive statistics, not the least of which was Dozier's five Wins Above Replacement over the past calendar year," writes Berardino. "The only second baseman with a greater across-the-board contribution over that same period was Zobrist, but he's a two-time all-star with plenty of respect across the game."

Dozier's contributions could make him a runaway favorite to represent the Twins as they host the 2014 MLB All-Star Game this summer. However, Dozier isn't looking ahead:

"I don't want to think about it too much," he said.

If Dozier keeps at the pace he's going, we'll be able to think about it for him as the weeks go on.

Your Twins news whenever and wherever you want it. Download our new Chat Sports iPhone app and follow our Twins team page today.