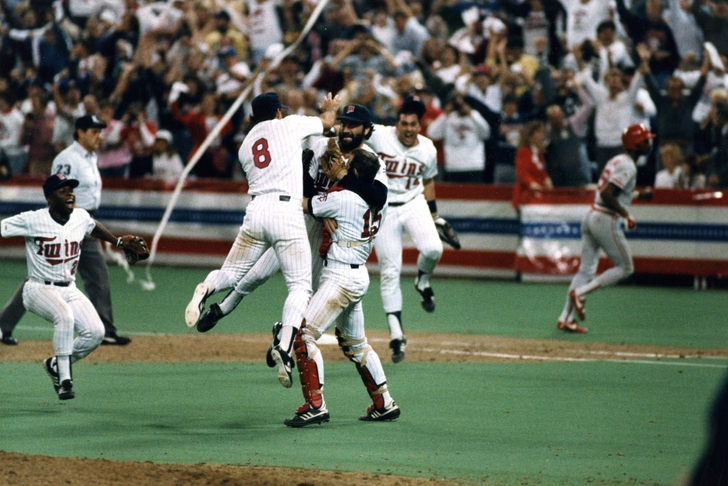 The NFL's Atlanta Falcons found themselves the subject of controversy this past week, with accusations of pumping in crowd noise to their stadium currently being investigated. However, according to legendary broadcaster Al Michaels, the Minnesota Twins may have set the precedent for using fake crowd noise during the 1987 World Series.

"Minnesota's in the World Series against St. Louis, and it was ridiculously loud," Michaels said Wednesday during an interview on Pro Football Talk Live on NBC Sports Radio. "I'll never forget Scott Ostler was writing for the L.A. Times, and he described the (Metrodome) crowd as 54,223 Scandinavian James Browns."I'm going, wait a minute. This is a baseball game," Michaels told the host, NBC colleague Mike Florio. "Nobody is screaming like this when the fifth inning starts. ... To me, there was no question" that the crowd noise was not natural.

The team and former Metrodome stadium operators have repeatedly denied such claims over the years, but Michaels remains adamant that something "not natural" was at play.

"The decibel level had gotten higher than a runway at Minneapolis-St. Paul airport," he said.