Getting To Know Tyler Jay, The Minnesota Twins' 1st Round Pick In The 2015 MLB Draft 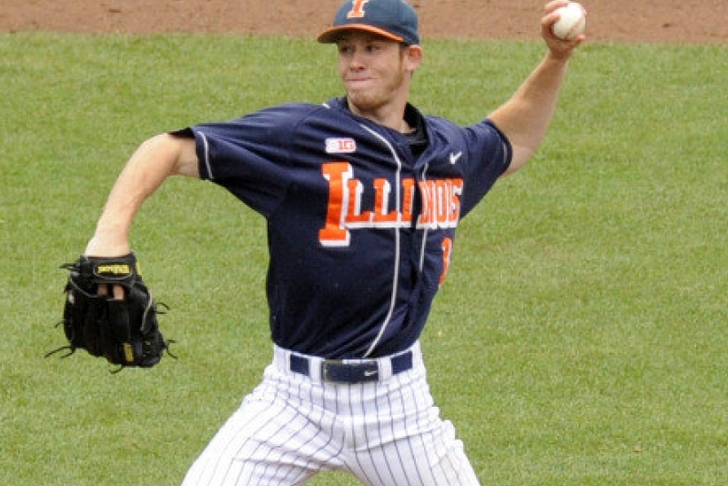 The Minnesota Twins selected LHP Tyler Jay out of Illinois with the No. 6 overall pick in the 2015 MLB Draft.

Jay is the highest drafted player in Illinois history. He went from a relatively unknown lanky left-handed prospect from the state of Illinois in 2012 to one of the nation's best college pitchers as a member of the Fighting Illini. A dominant closer in the Big Ten, many argue he is the school's best hurler since former Major Leaguer Ken Holtzman. A semifinalist for this year's Gold Spikes Award, Jay has strong control, above average swing-and-miss ability and knows how to keep hitters in the ballpark.

"He's an effective closer, but I think he could be one of the best starters in the nation," he said. "To me, he looks like a big league starter, and I've never seen a big league guy look like that for how he executes his pitches."