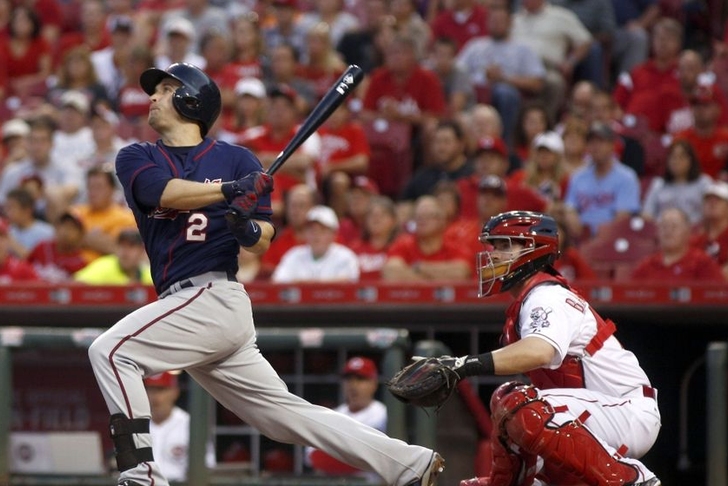 1) Brian Dozier Is A Budding Star

The third-year Twins second baseman may have lost out in the AL Final Vote race to yet another Kansas City Royals ballot-stuff beneficiary (Mike Moustakas), but Dozier unquestionably deserves to be an All-Star. He has been the engine for the Twins' offense all season long, sporting the best OPS of any Minnesota regular (.843) and providing major pop (18 home runs) in the heart of the lineup.

2) Glen Perkins Is One Heck Of A Luxury To Have

Glen Perkins isn't impressed with himself after setting a club record with 28 consecutive saves, but we are. The 32-year-old lefty hasn't given up a run since May 29 and hasn't surrender a hit since June 20 (7.1 innings). That kind of back-of-the-bullpen dominance is critical in this era of baseball, with overall run totals down and most games requiring the full depth and breadth of a team's bullpen.

3) The Twins Will Look At Shortstop Options Via Trade

Danny Santana has followed up a stellar rookie campaign with the pure definition of a sophomore slump, mustering just four walks all season while striking out just under one time per game. The Twins' playoff hopes may hinge on finding a rental replacement for the kid, and you'd better believe the front office will survey its options with the trade deadline three weeks away.

4) Minnesota Is For Real

Sporting one of the youngest and most dynamic rosters in all of Major League Baseball, the Twins don't blow you away in one particular area -- that are just exceedingly solid in ALL areas. Tied for the second-best home record in the American League (28-16) with the Houston Astros, the Twins are poised to ride the momentum generated by a rejuvenated fan base to the franchise's first playoff appearance since 2010.