3 Minnesota Twins Players Who Have Been A Disappointment In 2015 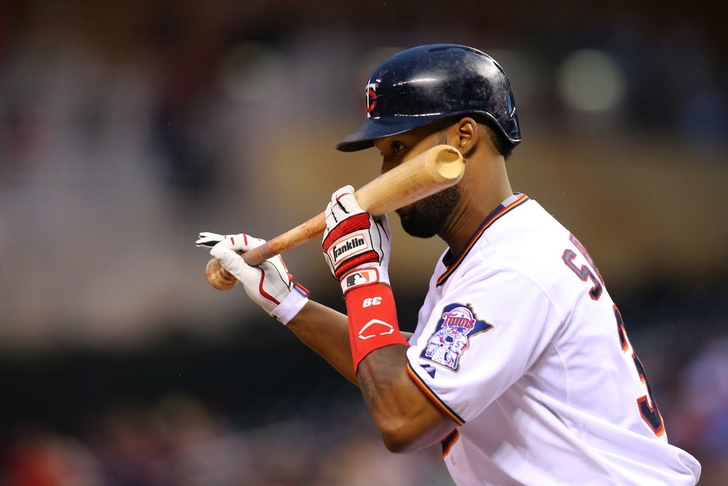 You can’t win them all every single month of every single baseball season, and these next three guys are living proof of that. Amid swirling trade rumors heading towards the July 31st deadline, here’s our list of 3 Minnesota Twins Players Who Have Been A Disappointment So Far In 2015.

Suzuki is still as cerebral of a backstop as you're going to find in Major League Baseball, and his work behind the dish makes him a valuable commodity regardless of his current light hitting. But, man...Suzuki's .229/.285/.309 slash has left a critical void in the Twins' lineup for most of the season. He's still a fan favorite, but he's gotta start mashing if the Twins are gonna catch the Royals in the AL Central.

After a banner rookie season in the Twin Cities, Santana has come crashing down to earth at the plate. His robust .319/.353/.472 slash in 2014 has plummeted to an anemic .213/.234/.287 in 2015. Most of that is due to a complete, utter lack of discipline at the plate. Santana has walked just four times compared to his 58 strikeouts as he's chased countless pitchers' pitches all season long. He'll get better with time, but these are some major growing pains.

Nolasco is set to undergo ankle surgery on Monday after being sidelined for a month on the disabled list. That's just the latest setback in what has been a dismal stay in Minnesota for Nolasco. In the second season of a four-year, $49 million contract, the veteran hurler owns a 5.40 ERA over his first 34 starts with the Twins -- including a 5.51 ERA in seven starts for Minnesota this season.