3 Twins Breakout Players To Watch in 2015 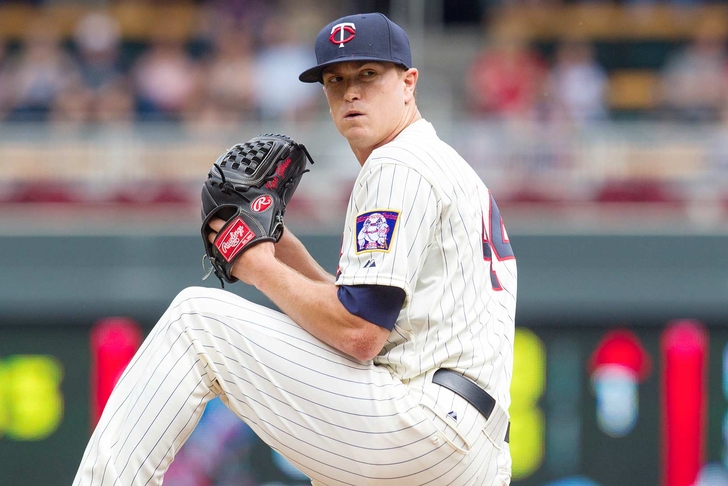 The Minnesota Twins don't have high expectations placed on them heading into a stacked AL Central in 2015. Still, Minnesota boasts a number of promising young players that will be the nucleus of the team as they rebuild in the coming years. Here are 3 Twins Breakout Players To Watch in 2015.

Kennys Vargas impressed in limited action last season, posting nine home runs in 215 at-bats at the major league level. He is set to take on full time DH duties this year, where his power should give him a chance to lead the Twins in home runs and RBI's as long as he can cut down on his strikeouts (26.9% strikeout rate last year). If he proves capable in the majors, Vargas could easily top 25 home runs and 80 RBI's in his first full season in Minnesota.

Another young power bat in the Twins system, outfielder Oswaldo Arcia should give Vargas a run for the team's home run leader this year. At just 23-years-old, Arcia already has a full season under his belt - one in which he posted 20 home runs and 57 RBI's. Much like Vargas, Arcia has a ton of power but too much swing-and-miss in his game. If he can drop the strikeouts from 127 to a more respectable 90-100, Arcia can make a run at 30 home runs this season, which should boost his RBI total into the 80-90 range.

Kyle Gibson has overcome a number of obstacles to finally establish himself as a big league pitcher, and will come into 2015 firmly entrenched in the Twins rotation. In his first full stint of MLB action, Gibson went 13-12 with a 4.47 ERA in 179.1 innings. Those numbers aren't great, but with some experience under his belt, Gibson has the talent to make a moderate jump in performance this season. Wins may be hard to come by in Minnesota, but an ERA drop into the mid 3.00's, along with a strikeout rate closer to one-per-inning is doable. That would leave Gibson as one of the Twins' more reliable starters in 2015.