3 Bold Predictions For the 2015 Minnesota Twins 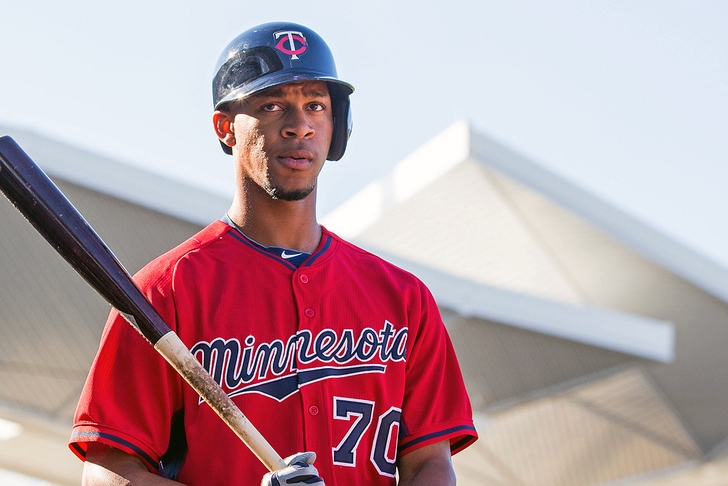 The Minnesota Twins finished dead last in the AL Central for the third time in four seasons in 2014, posting a 70-92 record despite seeing some gain offensively from their young core.

Minnesota was pretty quiet this offseason, so they'll be banking on some breakout performances in order to return to contender status. Is it in the cards? Here's our 3 Bold Predictions For the 2015 Minnesota Twins.

..and it will be bright. The Twins' super-prospect struggled through a host of injuries in 2014, delaying his progress by limiting him to just 31 games in the minors. This kid has all the tools to be one of the elite outfielders in all of Major League Baseball some day, and it'll start with a call-up to The Show in 2015. Once Twins fans get a glimpse of what he has to offer when fully healthy...it's gonna be fun at Target Field.

Hughes' first season with the Minnesota Twins after seven campaigns with the New York Yankees just happened to be his best one, as he eclipsed 200 innings for the first time (209.2) while ballooning his strikeout/walk ratio to 11.6-to-1 (186 K's, 16 BB's). His pitch-to-contact style will ensure that hitters get their fair share of knocks, but we don't expect Hughes to fall anywhere near back into the inconsistency that plagued him in the Bronx.

1. The Twins will remain in the cellar

There's way too many questions about the team's porous defense and youth movement to scream playoffs from the rooftops just yet, but the Twins have plenty of in intriguing pieces (Brian Dozier, Danny Santana, etc.) to instill some major optimism. However, we expect the Twins to post a win total somewhere in the low-to-mid 70s -- an improvement, yes, but not enough to climb out of the cellar in the competitive AL Central.