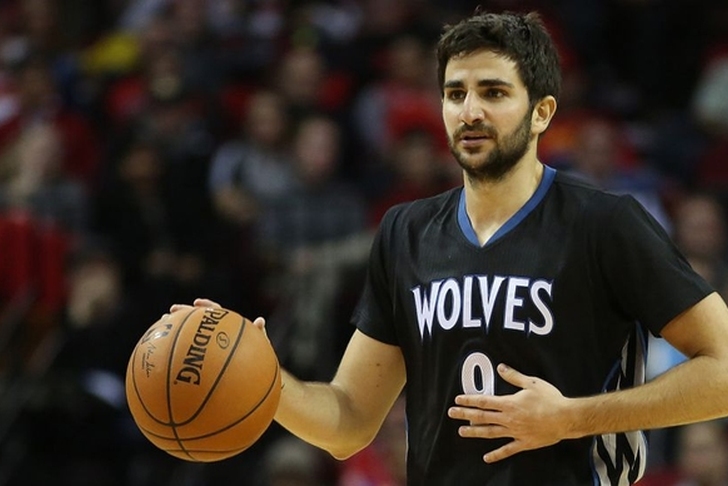 The start of NBA free agency is just two days away and the Minnesota Timberwolves are looking to upgrade their roster. The Timberwolves have a young, budding roster, but could be in the market for another veteran or two. Here are all the latest Timberwolves rumors and news and you need to know.

76ers Want Rubio?
The Timberwolves have Kris Dunn as their new point guard of the future, which means they could try to trade Ricky Rubio. One team that could be interested is the Philadelphia 76ers, according to the Sporting News.

Philadelphia explored the possibility of working a trade for Minnesota’s Ricky Rubio on draft night, though that would likely have to be a three-team deal in order to provide the Timberwolves with the kind of veteran help the Sixers lack. Rubio is expected to be available again this summer.

It's unclear what exactly the Timberwolves would want in any trade for Rubio. The Sporting News reports the team would like to add another veteran or two.

Minnesota Interested In Jason Smith?
The Timberwolves have been linked to bigger names like Joakim Noah, but there's another fall-back option that's been reported.

Forgot to mention on @1500ESPN: add big man Jason Smith to the list of FAs the #Twolves have interest in. More a fallback type guy.

The 30-year-old has been a journeyman in his time in the NBA, playing for the 76ers, Knicks, Hornets/Pelicans and most recently the Magic. He would provide veteran front court depth.

Follow our Minnesota Timberwolves team page for all the latest Timberwolves Rumors or download the Chat Sports App!