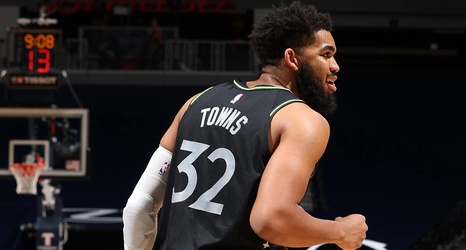 Karl-Anthony Towns had 29 points and 16 rebounds, and Juancho Hernangomez had 19 points off the bench as the Minnesota Timberwolves came back to beat the Houston Rockets 107-101 on Friday night.

Minnesota trailed by as many as 19 in the second half, but closed on a 20-0 run to stop a four-game losing streak a day after standing pat at the trade deadline. Towns had 14 points during the final stretch as the Timberwolves won for the fourth time in 15 games under new coach Chris Finch.

John Wall had 14 points and a season-high 15 assists for Houston.