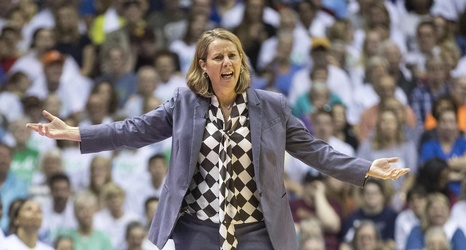 The Minnesota Lynx are in transition. After an incredible run that included four championships in a seven year span, the Lynx struggled last season to an 18-16 record and a first round ouster in the playoffs. It was inevitable that the run would end eventually, that their core group would age out and eventually an infusion of new talent would be necessary. The organization did an amazing job of maximizing their window, headlined by the mid-run trade for Sylvia Fowles which bought them more time and at least one more title.