What is D’Angelo Russell’s Future Role? 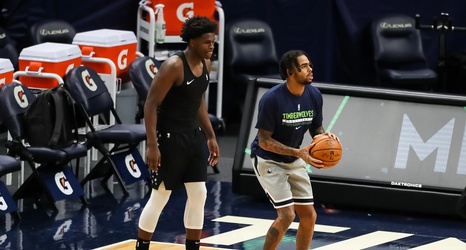 D’Angelo Russell was supposed to find a home with the Minnesota Timberwolves. The once-heralded rookie suffered through terrible Lakers teams, was traded to the Nets as part of the Timofey Mozgov salary dump, resurrected his career in Brooklyn before signing with the Warriors, then was traded to the Wolves to play with his friend, Karl-Anthony Towns. After spurning the Wolves for more money with the Warriors and the opportunity to be part of a dynasty, Russell came to Minnesota to build a future in Minnesota.

But the Russell and Towns partnership may be over before it even begins.