Timberwolves, with 'mixed emotions,' play on, lose to Brooklyn Nets 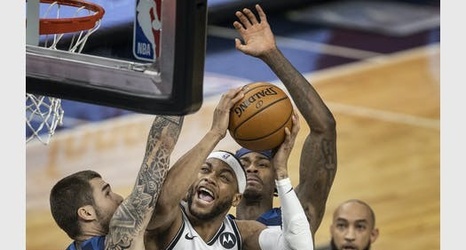 Timberwolves coach Chris Finch said Tuesday's game against the Brooklyn Nets was "not even close to being the most important thing, in anyone's lives" after the death of Daunte Wright.

But after postponing the game from Monday to Tuesday afternoon, the Wolves and Nets took the court for warmups with shirts that said "with liberty and justice for all" — the final line of the Pledge of Allegiance — before the Nets defeated the Wolves 127-97.