Timberwolves turn it on late to top New Orleans 139-134 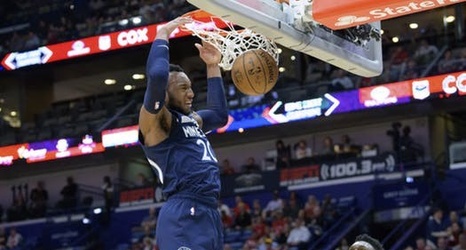 NEW ORLEANS – Both Minnesota and New Orleans were in the top four in the NBA in pace entering Tuesday night. They were also in the bottom 10 in defensive rating, and Tuesday’s game lived up to the fast-paced, high-scoring billing it figured to be.

The Wolves had a little more fuel.

They outlasted the Pelicans 139-134 thanks to a strong fourth quarter to pick up their second win in four games. The offense got on track after a sloppy showing Sunday against Dallas.

Malik Beasley was on fire most of the night and finished with 28 points on 11 of 13 shooting.