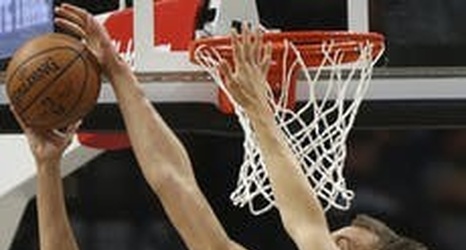 Seeing Jordan McLaughlin playing alongside D'Angelo Russell in a smaller Wolves lineup is something fans could see more of in the near future.

This is one way coach Ryan Saunders is trying to make it harder for opponents slow down Russell. Russell, who likes to work with the ball in his hands, has been attracting a lot of attention from teams of late without Karl-Anthony Towns on the floor to draw attention.

"D'Angelo, he is a player that can score in a number of ways," Saunders said. "We've seen more blitzes of him out of timeouts or down the stretch [of games].