Timberwolves defense in need of repair after road trip 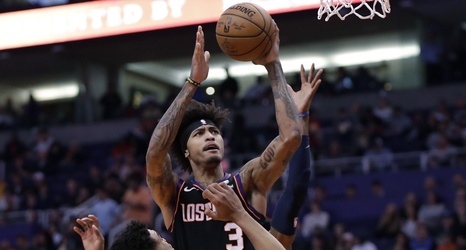 PHOENIX – Entering this road trip, the Timberwolves defense was on an upswing. They had inched up to 12th in defensive efficiency and it seemed like they were figuring things out.

Then they allowed a season high 139 points to Oklahoma City on Friday. You can explain some of that away by saying it was an overtime game, one the Wolves should’ve never let get there.

But then they followed that up by allowing another season high, 142, to the Lakers on Sunday, as Anthony Davis went for 50.

They didn’t allow another season high Monday against Phoenix, but they did allow 125 points and the Suns shot 50% from the field and 40% from three-point range.