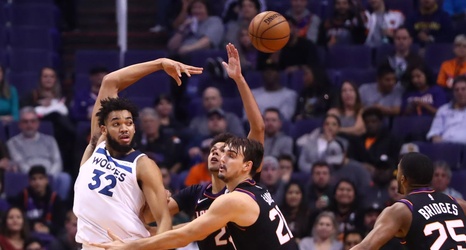 If you’re a professional basketball player who used to cashed checks from Glen Taylor, there’s a good chance Monday night was one you’ll never forget.

To get things started, there was this whirling finish by former Wolf Derrick Rose, past recipient of the “Point Guard Wolves Fans Hate The Most” championship belt:

Literally seconds after Rose connected on that game winner, another former Minnesota resident connected on his own big shot:

And then there were the two former alums who squared off against Minnesota Monday night. Ricky Rubio and Dario Saric were beloved during their time in Minnesota but were ultimately shipped out (essentially) for draft picks (Rubio for Josh Okogie and Saric for Jarrett Culver).